Vitamin K1 comes in two forms, Phylloquinone, the natural version of vitamin K1, and phytonadione, the synthetic form of vitamin K1. Vitamin K1, is a viscous oil, clear to amber in color, odorless, and fat soluble.

The name phylloquinone is given to natural occurring vitamin K1 because it is an indirect product of photosynthesis in plant leaves where it occurs in chloroplasts and participates in the overall photosynthetic process.

Vitamin K1 is commercially manufactured for medicinal use under several brand names (Phylloquinone, Phytonadione, AquaMEPHYTON, Mephyton, and Konakion). Vitamin K1 is used by the body to form prothrombin, which is a protein used in blood clotting. Additionally, vitamin K1 is used in synthesizing proteins needed in the formation of bones and cartilage.

The K group, which contains vitamins K1, K2, and K3, was discovered by Danish scientist Henrick Dam in 1929. During this time, Ham was studying cholesterol metabolism in young chickens. He noted a new deficiency syndrome in the young birds fed a fat deficient diet.

The characteristic features were a lengthened blood clotting time, anemia and hemorrhage. Ten years later, an American biochemist named Edward Doisy was able to extract the vitamin. Together with Henrick Dam, Edward Doisy won the Nobel Prize in Physiology or Medicine in 1943.

Vitamin K1 is found primarily in fruits like kiwi and avocados, green, leafy vegetables such as spinach, and plants from the mustard family like kale, cabbage, and broccoli. Vitamin K1 is also found in cow milk, cheeses, canola and olive oil, eggs, and cereals. Cooking does not remove significant amounts of vitamin K from these foods. 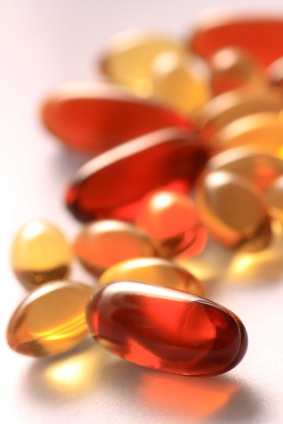 Vitamin K1 can also be found in a wide variety of supplements, from multi vitamins, to injections, to creams. Vitamin K1 cream is often used in diminishing bruising and in stimulating the healing process. If you take an anticoagulant, be sure to avoid vitamin supplements with vitamin K1.

Vitamin K1 injections are used primarily in newborns as they are susceptible to a deficiency in vitamin K1. Injections of vitamin K1 can be used in treating bleeding and clotting diseases, adult vitamin K deficiencies, and other problems. Vitamin K1 pills are used to treat the same conditions as the injections, except in the case of newborns.

Vitamin K1 used topically has been used as a treatment for rosacea, in alleviating under eye circles, and diminish bruising and spider veins. Vitamin K1 has been tested and shown to reduce the risk of hip fracture.

Data from the 1998 Nurses Health Study found that women who eat lettuce more often has a significantly lower risk of hip fracture than those women who consumed smaller amounts of lettuce.

There are some indications that vitamin K1 may decrease the incidence or severity of osteoporosis and slow bone loss. A recent study in June of 2009 concluded that vitamin K1 helps in slowing down the hardening of arteries in those afflicted with the condition. The study showed that taking 500 micrograms of vitamin K1 a day slowed the coronary artery calcification (CAC).

In 2000, the National Academy of Sciences established the following Adequate Intake (AI) levels for vitamin K:

Others with a risk of vitamin K deficiency include individuals who suffer from liver damage or disease, those who have undergone digestive track surgery, people who have problems with their gallbladder, pancreas, or liver function, those with cystic fibrosis inflammatory bowel diseases, celiac disease, ulcerative colitis, bulimics, individuals on stringent diets, and people taking anticoagulants. Blood tests to measure clotting may be done to help confirm a diagnosis of vitamin K1 deficiency.

Newborn infants routinely receive a vitamin K1 injection after birth in order to prevent (or slow) a rare problem of bleeding into the brain weeks after birth. The fetus has low levels of vitamin K1 as well as other factors needed in clotting. Supplementation of vitamin K1 to the pregnant mother does not change the K1 status of the fetus, confirming the importance of its specific levels.

Towards the end of gestation, the fetus begins developing some of the other clotting factors, developing two key factors just before term birth. It has recently been shown that vitamin K1 is involved in regulating the rate of cell division in the fetus. In the 1990s two studies suggested the possibility that abnormally high levels of vitamin K1 could have the potential to cause to cancer.

In 2000, these studies were reexamined and found to contain poor methods and small sample sizes and was discredited. Many parents, however, still question the use of vitamin K1 injections in their newborn infants.

Toxicity and side effects:

There is no known toxicity associated with large doses of vitamin K1. High intake of vitamin K is not recommended for individuals taking anticoagulant medications such as Warfarin. Side effects are very rare and may include flushing, or redness of the face, dizziness, chest pain/tightening of the chest, fast heart rate, decreased appetite and movement in infants, skin rashes, and profuse sweating.

Drugs that may affect the intake of vitamin K1 are:

Be sure to always consult with your doctor before taking any medication with vitamin K1.

Research on nutrient-nutrient interactions with vitamin K has traditionally focused on the major fat-soluble vitamins – specifically vitamins A, E, and D. Unfortunately, this research has given rather mixed results.

Since calcium metabolism can be greatly affected by both vitamin D and vitamin K1, researchers suspect some key interactions between these two fat-soluble vitamins. However, the exact nature of this interaction has yet to be determined.

Similar to the research on vitamin E in food, no food intake of vitamin A has been show to compromise vitamin K1 level. Excess supplemental intake of vitamin A (in its retinol form), however, has been shown to interfere with the vitamin K-related clotting ability of the blood (and to cause a condition called hypothrombinemia). The amount of vitamin A triggering this potential problem with vitamin K1 level in adults is typically 10,000 IU (3,000 micrograms) or higher.