The immune system’s primary function is to fight off bacteria, viruses, cancer cells, toxins, and blood or tissue belonging to other humans or species. These intruders are called antigens and white blood cells go into attack mode to protect the body from anything they consider to be intruders by producing antibodies.

However, sometimes white blood cells mistakenly view the body’s healthy organs, cells, or tissue as an invader and will attack its own body tissue just as they would any antigen. The immune system is unable to distinguish between antigens and the body’s own healthy tissue. This results in the destruction of healthy body tissue caused by an autoimmune disease. 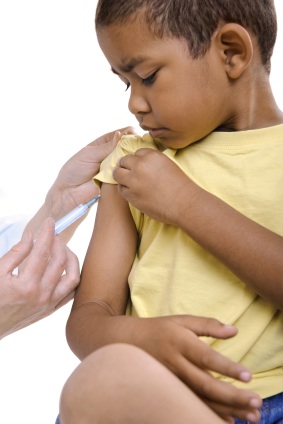 For example, when one has an allergic reaction to anything breathed, touched, or eaten, the immune system goes into action immediately to oust the foreign matter from the body. In an autoimmune disease the immune system has the same reaction against its own body tissue.

Approximately 50 million people in the United States suffer from the symptoms of autoimmune diseases. Some symptoms include joint pain, depression, fatigue, heart palpitations, and numbness of the hands and feet.

Studies have shown that one can have more than one autoimmune disease working together.

Some of the more common symptoms that occur are:

Symptoms are not always present. They may also become worse over time or fade and reappear.

Causes and Risks of Autoimmune Diseases

Scientists have found there are several things that cause autoimmune diseases. Toxins from the environment, viruses, heredity, and certain drugs are considered to be possible causes.

Poor health habits such as stress, lack of exercise, poor food choices, lack of sleep, alcohol abuse, and tobacco all work to leave the immune system weaker and makes it easier to develop an autoimmune disease.

Autoimmune diseases can’t be passed from person to person. They are not spread through touch, sex, or through blood. They can’t spread like a virus or bacteria. The only occurrence of transfer has been from a pregnant mother to her fetus but that happens rarely.

Organ transplants do not transfer autoimmune disease because the white blood cell count in the organ is low and a normal immune system adjusts to handle the new organ. A graft-versus-host disease may occur; however, this is different from an autoimmune disease.

People Who Are Prone To Developing Autoimmune Disease

When autoimmune diseases were first recognized professional health authorities didn’t know what caused an immune system to suddenly not be able to recognize the difference between antigens and healthy body tissue. After careful studies have been conducted it has been noted that anyone can develop an autoimmune disease; however, women who are of childbearing age are more likely to develop the disease.

Some autoimmune diseases frequent families such as multiple sclerosis and lupus. It is also possible for several autoimmune diseases to attack certain family members due to genes. The disease may be triggered with a combination of environment and inherited genes.

Women are more prone to autoimmune diseases than men.

How to Prevent Autoimmune Diseases

Practicing good health habits is your best defense in case you develop an autoimmune disease. Good habits can help relieve some symptoms and keep your body stronger while it’s under attack.

Some things you can do to help your doctor diagnose an autoimmune disease are:

Blood tests are given to diagnose autoimmune diseases and to monitor them once diagnosed. Blood tests measure organ function and inflammation. X-rays are also used to monitor diseases. A schedule for the frequency of testing may be several times a day as with diabetes up to every 90 days or so with other diseases. 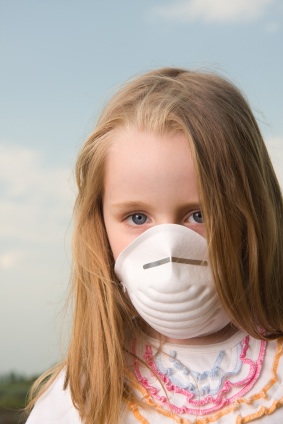 Diagnosis of an autoimmune disease includes the symptoms, a physical exam conducted by a health professional, and laboratory test results. Early detection is very difficult because symptoms are shared by several diseases. It may be necessary to monitor the symptoms for a long period of time to determine their course and to see if other symptoms develop in order to diagnose an autoimmune disease.

Unfortunately, there is no cure for an autoimmune disease. All treatments are to lessen the frequency and severity of symptoms. The diseases get progressively worse so treatments are used to slow down their progress.

Autoimmune diseases are treated by the symptoms experienced by the body system that is being attacked. For example, inflammation is one symptom that shows up in many of the diseases and is treated with nonsteroidal anti-inflammatory drugs (NSAID) such as aspirin, naproxen sodium (Aleve) and ibuprofen. NSAIDs are purchased over the counter and stronger doses can be prescribed by your doctor.

Medicines are used to replace body substances that can no longer be produced naturally in the body. One notable example is insulin that must be injected into the body to control blood sugar levels. Another example is thyroid hormone that restores proper thyroid hormone levels. Pharmaceutical treatments will vary per person and as time goes on.

The three things rheumatologists, endocrinologists, neurologists, and other professionals do when treating autoimmune disease is relieve symptoms, preserve the organs’ functions, and slow the progress of the disease.

There are natural herbs that can help alleviate the symptoms of autoimmune diseases. It must be understood that any alternative treatments should be shared with your doctor and are not meant to replace any medicine your doctor suggests. A doctor should know what you’re taking in order to avoid negative substance interaction.

Two of the most popular herbs to take in the treatment of autoimmune symptoms are sarsaparilla and yarrow. Both of these herbs work to purify the blood and reduce inflammation in muscles and joints.

A 300 mg dosage of milk thistle or silymarin purifies the blood and increases bile flow to the liver. Yucca reduces stiffness and pain in muscles. Yucca is also good for autoimmune diseases of the skin and is used in shampoos and body soaps.

Other herbs used in the treatment of symptoms generated by autoimmune diseases are:

Chlorella or spirulina is a supplement that is taken daily to treat lupus symptoms. A probiotic and a high-potency vitamin will also help combat the symptoms suffered during a lupus symptom attack.

There are other treatments available besides pharmaceutical drugs and herbal remedies.

Even though there is no known cure for autoimmune diseases there are many medical and natural ways to relieve the symptoms, slow down disease progression, and reduce organ deterioration.

How To Live With An Autoimmune Disease

There are several things that can be done to better manage an autoimmune disease.

A healthy diet is essential. Eating a well-balanced diet of vegetables, fruits, low-free or fat-free dairy products, whole grains and lean proteins is the first step in keep your body well by feeding it the right things. You will need to limit the “bad” fats (saturated and trans), salt and sugars. Good foods are the best way to get the nutrients your body needs.

Physical exercise always helps in moderation. Strenuous exercise is probably not the best for you to engage in. Ask your doctor for suggestions or become a student of yoga, tai chi, Pilates, or another gentle exercise.

Reduce stress levels as much as possible. It’s a known fact that stress or anxiety can make the body more susceptible to autoimmune symptoms. Learn a few relaxation techniques such as hypnosis, guided imagery, and meditation and then stick with the one you like the best. There are hundreds of instructions books, dvds, and live teachers who teach the art of relaxation. These techniques can help you relieve pain and cope better mentally with an autoimmune disease. Some people find counseling effective in reducing stress.

Getting enough sleep can also help reduce stress levels. Adequate sleep aids the body in fighting disease. Most people need at least 7 to 9 hours of sleep per night.

The first thing to consider in adding up the costs of having an autoimmune disease is that treatment of any kind will be ongoing since there is no cure for an autoimmune disease. Whether you decide to use medicines or natural remedies you will be taking them for the rest of your life.

Some chemical and natural remedies can be expensive to take. Ask your doctor if the drugs you are taking have a generic form to reduce the costs. Sometimes buying medications for several months can reduce the cost. Supplements can be bought the same way.

Some online pharmacies and natural remedy companies offer an affiliate program that you can use to offset your costs. If you find a natural remedy that helps you with your symptoms you may want to spread the word by becoming an affiliate for the company that sells the product.

Some companies pay a commission as high as 50% of the cost. You may even save up to 50% off your own orders for the product. Search the site for a link that reads “affiliates” and read the program they have set up. It won’t be hard to learn how to become a successful affiliate since there is extensive information on the Web on the subject.

There are other costs, too, such as doctors’ visits and tests you’ll need to take periodically. Adequate health care insurance should help you reduce these costs. There are health care plans you can explore on the Internet.

This report has explained what happens to an immune system that no longer recognizes good tissue from foreign matter in the body. The result develops into an autoimmune disease. Autoimmune diseases can’t be cured. Science has learned to treat symptoms so the patient can reduce pain and slow down deterioration of the body system that is under attack.

Practicing good healthy habits and taking chemical or natural remedies for symptoms are two things that make having an autoimmune disease a little more bearable. It is important to have your disease monitored periodically to remain alert to any new developments.