When dehydroascorbic acid is chemically changed through reduction, a process which adds back the two hydrogen atoms previously removed, ascorbic acid is reformed. Ascorbic acid, or Vitamin C, is a fundamental vitamin compound found in all animal life forms. Vitamin C is intrinsic in the prevention of many diseases and illnesses.

The very name, in fact, reflects this purpose. Ascorbic acid comes from the Latin words “a” and “scorbus.” The translation of these words means “without scurvy.” Scurvy’s role as a devastating illness caused by deficient amounts of Vitamin C, especially in travel by ship, was described as early as 400 B.C. and was present even into World War I.

Ascorbic acid, or Vitamin C, is an essential vitamin that acts as an antioxidant in living creatures. The term antioxidant is given to molecules that are chemically able to prevent their own oxidation or the oxidation of molecules in their proximity. Oxidation is most clearly observed in common processes such as the rusting of a nail left outdoors or an apple turning brown when left on the counter.

The cells of the apple are oxidized by the surrounding air and are destroyed, thus turning the apple brown. Notice, however, that if an apple is covered in lemon or lime juice, the rate of browning is significantly slowed. This illustrates the antioxidation effects of ascorbic acid. While oxidation is a natural event in chemical life, excessive oxidation can produce an abundance of free radicals, chemicals that can begin dangerous chain reactions in cellular structures.

In humans, one of few living organisms not capable of producing ascorbic acid internally, a deficiency in Vitamin C may cause excessive oxidation, creating deadly levels of free radicals which will damage or destroy living cells. Animals cannot survive without ascorbic acid. Vitamin C also plays a significant role in enzyme production reactions, acting as a catalyst for at least eight of these reactions.

In animals, Vitamin C’s presence is critical in the formation process of collagen. The development of scurvy is inevitable if these collagen compounds are not efficiently formed. Collagen is needed for tasks such as the healing of wounds and blood clotting. Without Vitamin C, or ascorbic acid, these natural life processes could not occur.

Deficient levels of ascorbic acid in the human body are always deadly. There are a variety of ways this deficiency can reveal itself. The most obvious, as mentioned before, is scurvy. In addition to the adverse effects of scurvy, other health risks can occur with a diet that is low in Vitamin C. Lifetime smokers whose diet does not include sufficient levels of ascorbic acid are at a greater risk for various forms of lung cancer. 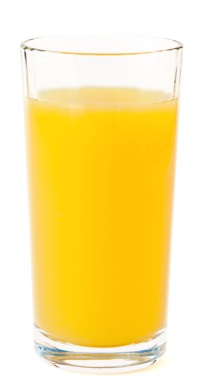 While dehydroascorbic acid does not have any vitamin-like properties itself, it, too, is a crucial compound that is directly related to Vitamin C production and absorption. Contrary to popularly held beliefs, Vitamin C is not transported from the blood directly to the human brain. Although the highest concentrations of Vitamin C are found in the brain, ascorbic acid cannot enter the brain through the bloodstream.

Location In The Body

Dehydroascorbic acid is transferred through human blood and concentrated around the mitochondria. A mitochondrion is an organelle responsible for the production of cellular energy throughout the entire body. These organelles are the “power houses” of the human body, supplying cells with the necessary energy required for normal function. The mitochondria are also gathering places for collections of cell-destroying free radicals.

The presence of ascorbic acid in their bloodstream is derived from the diet of these animals. A diet that is rich in Vitamin C is required for healthy living. There is some debate regarding the advised daily intake of ascorbic acid. Most health organizations, however, agree that the average adult should consume between 50 and 100 milligrams of Vitamin C daily.

There is a greater consensus regarding the upper bounds of Vitamin C consumption. Adults should not consume more than two thousand milligrams of the Vitamin daily. Doing so may result in the onset of diarrhea, the body’s natural attempt to flush the unused acid out of its system.

Red bell peppers, parsley, brussels sprouts and broccoli have some of the highest natural ascorbic acid concentrations among edible plants. If vegetables are the bane of a particular picky eater’s existence and a fruit is preferred, the best fruit for ascorbic acid intake is the kiwi. The kiwifruit has one of the highest concentrations of Vitamin C when compared to other fruits.

Vitamin C can also be ingested through animal products. In mammals, the Vitamin C production occurs within the liver. Therefore, eating calf, beef, pork or lamb livers can be an excellent source of Vitamin C. Other animal sources of ascorbic acid include fish roe (eggs), chicken livers, lamb brains, and animal milk. For infants, the best source of ascorbic acid is human breast milk. This nutrient-rich liquid provides the most adequate concentration of ascorbic acid.

Most Vitamin C supplements are listed as only containing ascorbic acid. This is generally not a problem, as the oxidation and reduction of this compound enables it to quickly change forms, becoming dehydroascorbic acid for easy transport and returning to ascorbic acid for mitochondrial protection. However, there have been studies which suggest that ingesting dehydroascorbic acid specifically can speed up the beneficial health effects of this vitamin because DHA is able to be quickly transported to the brain and mitochondria via glucose transporters.

While dehydroascorbic acid is, in fact, a decomposition product of ascorbic acid (Vitamin C), it poses no intrinisic health hazards and offers positive vitamin activity as it can be transformed easily into ascorbic acid by reduction. There are, however, some small risks associated with consuming too much Vitamin C in a daily diet. Adults who regularly consume more than two thousand milligrams of Vitamin C may experience diarrhea and, in some cases, headaches, nausea or dizziness.

There are a few rare disorders caused by or influenced by high levels of Vitamin C. Because ascorbic acid assists the human body in iron absorption, there is a slight risk for iron poisoning in humans with iron absorption and processing abnormalities. It is widely considered an urban legend that Vitamin C in excess can cause kidney stones. After extensive research, the correlation has been determined to be coincidental. Some physicians advise careful monitoring of ascorbic acid intake during the first trimester of a pregnancy.

It is possible that excessive amounts of Vitamin C may prevent the placenta from successfully attaching to the uterine wall. These findings have not been verified, and pregnant women should consult their physician for proper dietary recommendations. Generally, the risk of overdosing on Vitamin C is very low. To avoid any risk whatsoever, adults should simply consume Vitamin C-rich foods or supplements to ensure that they are getting between 50 and 100 milligrams daily, a healthy amount.