Dizziness, often referred to as vertigo or feeling light-headed, is associated with a multitude of conditions. It can be a side effect of a common ailment, or it may indicate the presence of a more serious and even life threatening illness.

Vertigo, while often associated with dizziness, is a little bit different and can be described as the sensation of motion or spinning of either yourself, or objects around you. People diagnosed with multiple sclerosis may present with sudden vertigo due to limited ability to move the eyes. 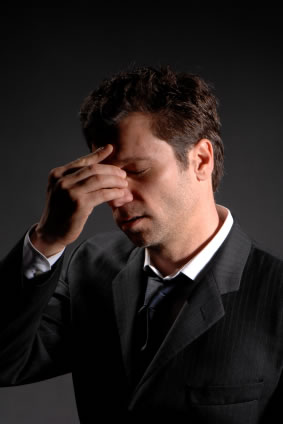 Dizziness can accompany many health issues including:

While the feeling of dizziness is a symptom by itself, it is often accompanied by other symptoms which may include:

The feeling of being light-headed or dizzy can stem from a myriad of causes ranging from less serious to life threatening and may include:

Dizziness can also be a side effect of the following conditions:

If your dizziness is accompanied by one or more of the following issues, you should contact your doctor, call 911, or visit the emergency room:

Signs of a stroke, including a change in vision or speech, loss of movement in any part of the body, weakness, shortness of breath.

If your dizziness is severe or lasts more than a few days, and is not associated with another ailment or condition such as the flu, cold, or other common illness, you may need to visit your doctor to find out the cause. He will likely ask a series of questions and run one or more tests to check for contributing factors.

Your doctor will ask you to describe the dizziness, when it started and any other factors that may have accompanied the sensation of feeling light-headed. He will also review your medical history to rule out any past illnesses or injuries as the source and may ask for a brief description of your family’s medical history as well.

Common questions your doctor may ask include:

In order to answer these questions fully, you may want to keep track of your symptoms in a notebook, and bring it to your doctor appointment. Be sure to include dates, times, durations of symptoms and any food or beverages consumed, and any other circumstances that may have contributed to feeling dizzy. The more information you can give your health care provider, the easier it will be to diagnose and treat the dizziness.

Sometimes, depression or anxiety can manifest in physical symptoms such as pain, fatigue, head and muscle aches. Your doctor may also ask a series of questions relating to your emotional state to determine if the dizziness is perhaps related to a psychological or emotional issue.

Have you experienced any major life changes such as loss of a loved one, the birth of a child, a major career change, a divorce or any event that has led to a significant change in your life? Even happy occasions such as a wedding or moving to a new home or city can spark anxiety.

Dizziness can affect your balance, as well as a multitude of your daily activities such as driving, climbing stairs or lifting heavy objects. To avoid an injury resulting from a fall, you should hold off on any activities that may pose a danger. You should also take a break from exercise as physical activity can cause your symptoms to get worse. 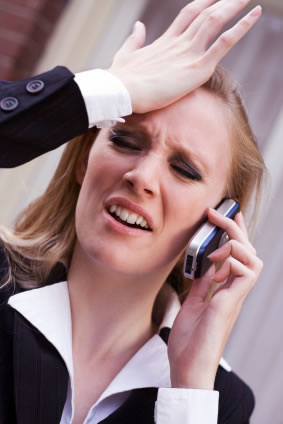 Dizziness is often a symptom of a more serious condition, so if left untreated, it can lead to severe injury. Diseases such as diabetes, cancer, a heart condition and many other problems may advance if they go undetected for too long.

Because the causes of dizziness vary, treatment options are different for each case and may include:

Balance therapy may be required for patients who need to re-learn basic balance skills, such as those dealing with dementia, stroke or the general effects of aging.

Stress management, therapy and antidepressants may all prove beneficial to those suffering from dizziness as a side effect to depression or anxiety. Patients who are experiencing dizziness due to emotional or psychological issues may also benefit from learning how to deal with an anxiety or panic attacks through deep, controlled breathing and other calming techniques, such as meditation and biofeedback.

You may be treated with oxygen. In severe cases, surgery may be required.

If you feel dizzy and like you are about to faint, sit down and squeeze your thighs together. This forces the blood back up from your extremities to the brain, helping to ward off the feeling of light-headedness.

Try sitting down and putting your head down between your knees, this has the same effect as squeezing your leg muscles.

Sometimes lying down is the only way to combat feeling dizzy, especially if it is the result of general fatigue or lack of sleep.

Stay hydrated during illness, exposure to heat or physical activity by drinking plenty of fluids. If you plan on spending time outdoors in high temperatures, be sure to stay as cool as possible and find shade if necessary. Get early medical care for infections or illness including infections of the inner ear, sinuses and respiratory system.

If you or someone in your household is dealing with dizziness, take some extra precautions to avoid injury, such as using non-skid inserts under rugs and in the shower, or providing a cane to allow for support when moving about the home.

Avoid substances like caffeine, tobacco, alcohol or other drugs that can affect circulation.

If you or someone in your life is dealing with depression and/or anxiety, and often experiences dizziness during social situations, or when under stress, you may need to provide reassurance to that individual or accompany them to a quiet location until the episode has passed. If you are the one experiencing the anxiety, you may benefit from practicing calming exercises and positive self-talk to not only prevent anxiety or panic attacks, but to also learn how to recognize the signs and to stop them before they start.