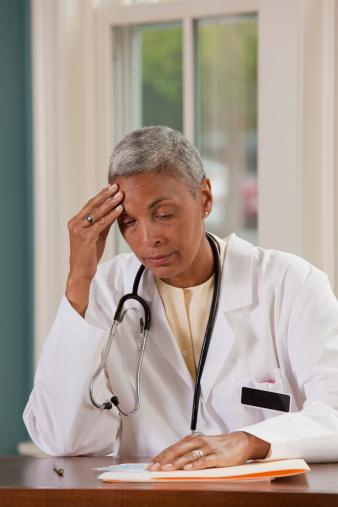 Stress is a condition that causes psychological strain and discomfort.

If severe enough, stress can also cause serious physiological problems.

The word stress comes from the Latin “stringere” which means “to draw tight”.

Stress can be as simple as worrying about an upcoming exam or as complex as being in a dangerous combat zone, 100,000 miles away from home.

Mild stress is normal and is not anything to worry about.

However, severe and/or chronic stress is very serious and can lead to major and sometimes life threatening health problems.

Some of the most common symptoms of stress are headache, fatigue, inability to concentrate, and disruption of the normal sleep cycle. Stress can also cause changes in metabolism, lowering of the immune system’s defenses, acne breakouts, and other skin problems. Another symptom is impaired sexual functions such as loss of interest or, in men, erectile dysfunctions. Also, many women will experience disruption in their menstrual cycles.

Some of the more serious symptoms of stress include nausea, dizziness, elevated blood pressure and heart rates, chest pains, and an increased dependency on alcohol and drugs. Long term stress can also lead to depression, anxiety disorders, and even thoughts of suicide.

Stress can be caused by normal, everyday difficulties such as troubles at work or school, family problems, or financial difficulties. It can also be caused by major events, either good or bad, such weddings, funerals, travel, or new babies.

Chronic stress is caused by more serious, long-term difficulties. For example, many active duty soldiers in combat zones suffer from chronic stress. Other causes include abusive relationships and serious illness.

Those who are affected by the common hubbub of life will often have difficulty sleeping and can be more susceptible to colds and viruses because stress can affect the immune system.

College students are particularly affected by stress because of social and academic pressures. Unfortunately, the way most college students cope with stress is by increasing their intake of alcohol and drugs. These practices can result in permanent mental impairment and can be life threatening.

Stress can be detrimental to those with cardiovascular problems. Stress can not only increase heart rates, but can also trigger heart attacks and strokes. Another serious problem that can develop because of chronic stress is potentially life threatening stomach ulcers.

Simple, everyday stress is usually not serious. However, if these simple problems are allowed to accumulate, they can eventually turn into serious health problems. Stress needs to be removed, or at least alleviated, the moment any physical symptoms begin to show.

It is very important to get at least seven to nine hours of sleep every night. Taking regular breaks at work and school, and setting aside certain times for recreation can also be helpful. Also, take time to smell the roses. Enjoying some of life’s simple pleasures can help put many things in perspective.

Avoid potentially stressful jobs, relationships, and commitments. Seeing a qualified counselor can also help prevent or solve personal and family problems. When working on a large project, such as a wedding, be sure to get plenty of help and to share the workload.

Acute Stress Disorder is the result of a person’s witnessing a traumatic event such as a rape or a murder. The person can suffer from dissociative amnesia and will often “relive” the event when brought in contact with certain stimuli. Acute Stress Disorder can also result from a harrowing childhood.

A person suffering from this disorder will live a life completely surrounded by stress. The person will suffer from insomnia, have difficulty concentrating, and will be extremely irritable. Thankfully, the disorder does not often last for more than four weeks.

Acute Stress Disorder is very serious but, thankfully, quite rare. A person suffering from this disorder should immediately seek medical help.

Posttraumatic Stress Disorder can develop after a person experiences a traumatic event, such as narrowly escaping death or serious injury. The person will often suffer from nightmares and other forms of flashbacks and he or she will often develop other sleeping problems and will be very angry and/or irritable. The symptoms of Posttraumatic Stress Disorder will often impair the person’s ability to function socially. The stressful

symptoms must persist for at least one month in order for Posttraumatic Stress Disorder to be diagnosed.

The people most commonly affected by this disorder are post-war veterans.

Chronic Stress Disorder is caused by stressful events that occur over a long period of time or by common, everyday difficulties that have come to a head. Symptoms of this disorder include intestinal troubles, depression, and thoughts of suicide. If left untreated, Chronic Stress Disorder can develop into a panic disorder.

The best way to treat Chronic Stress Disorder is for the person to reorganize his or her life. Removing some of the clutter and allowing more time for relaxation will help alleviate most symptoms. 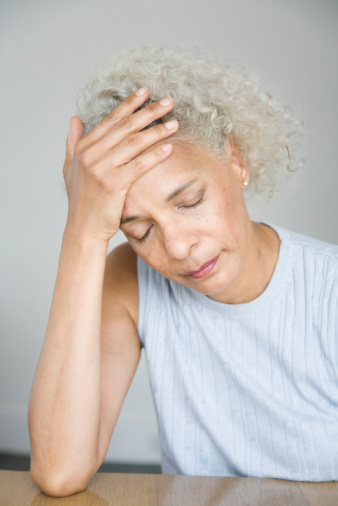 Although most natural remedies can be handled personally and, in many cases, right at home, caution should be used.

Always make medical decisions with the help of a qualified professional.

Also, it should be remembered that natural remedies are not “magic cures”.

They will never work overnight and will often require long term use and a lot of patience.

However, the results are almost always worth the long wait.

Many natural remedies have been used for centuries and often do not have any serious or lasting side effects.

Kava, sometime called kava-kava, is an ancient plant from the western Pacific islands, particularly from Tonga (in fact, Tongans still regularly use kava to this day). The plant has a calming effect that can help alleviate the symptoms of stress and anxiety. Centuries have proven the plant’s effectiveness and it has very few possible side effects. The only caution that should be used is that only the root of the plant should be consumed: the leaves can cause some liver problems.

Kava root is most often made into tea, but it is also available as tinctures and in capsule form.

Chamomile not only helps relieve stress but can also induce sleep. Chamomile does not have any side effects unless the person is allergic to the herb. Chamomile teabags can be purchased at nearly every grocery store and can be very useful right before bed or when stress makes a break necessary.

Lavender is one of the most common herbs used in aromatherapy. The herb has a sweet, calming scent that has been proven to help relieve tension and alleviate stress. The fresh or dried plant can be kept around the person’s house; the use of lavender scented bath products and candles can also help. However, lavender is a powerful allergen and, therefore, may be a problem for people with allergies and/or hay fever.

Valerian can help alleviate intestinal problems and insomnia, and can be used as a tranquilizer. However, valerian should not be taken without the guidance of a medical professional. Overdose can cause increased anxiety, difficulty breathing, or hallucinations.

However, the potential side effects should not scare people away from this herb. Valerian will only have adverse effects if taken improperly. Valerian is one of the most effective ways of treating stress disorders if used with proper direction.

Valerian is available in both capsule and tincture form.

St. John’s wort is not only a relaxant but also an anti-depressant. In fact, the herb has often proved more effective in treating depression than many chemical drugs. St. John’s wort can be very useful in treating some of the more serious symptoms of stress as well as treating Chronic and Posttraumatic Stress Disorders.

St. John’s wort has very few side effects. However, if used over a long period of time, both the eyes and the skin of the person can become extremely sensitive to light. St. John’s wort also does not react well when mixed with alcohol or chemical medications.

Although the bulk herb is available and can be made into teabags and capsules, St. John’s wort is most often given in tincture form.

GABA, short for gamma-aminobutyric acid, is one of the brain’s chief neurotransmitters. GABA’s job is to block the brain’s excitatory messages, thereby lowering stress levels. A natural, dietary supplement called GABA Complex can help increase the brain’s GABA levels. Caution should be used, however, because too much GABA can cause adverse effects such as increased irritability and impaired cognition.

Massage therapy can be a useful way of coping with everyday stress. Messages are very relaxing and have almost no side effects or risks although some very minor mussel or vein injuries can occur. Messages usually cost approximately $60 an hour.

Acupuncture has been proven effective in treating both Acute and Chronic Stress Disorders. If done properly acupuncture is perfectly safe and has no side effects. Acupuncture sessions usually cost from $50 to $95.

Meditation, whether used for religious purposes or as a relaxation technique, is an easy and cost effective way to relieve stress. Everyone should take a few moments everyday to clear his or her mind and let go of cares and worries. In fact, the Chinese, who use a form of meditation called Tai chi, practically have meditation built into their daily schedule.

Pharmaceuticals should never be taken unless a person is suffering from severe stress or a disorder. It is all too easy to want a chemical prescription simply because life is a bit difficult. Although most pharmaceuticals have been proven effective, they may have serious side effects that can last a lifetime. Pharmaceuticals should only be taken under the guidance of a medical doctor and should always be considered a last resort.

Benzodiazepines can help regulate sleep cycles as well as relieve stress. Two of the most common benzodiazepines are Valium and Xanax. Although both of these drugs have been proven effective, they can have some unpleasant side effects: some of the side effects of Valium include impaired coordination and stomach problems; some of Xanax’s side effects include jaundice and thoughts of suicide.

Also, it should be noted that the number one job of benzodiazepines is to increase the brain’s GABA levels. It is advisable to at least consider the aforesaid GABA Complex instead of potentially dangerous chemical drugs. However, a decision should not be made without the help of a medical professional.