What are Spring Ailments?

The most common spring ailments for millions of people are the so-called “spring allergies” more commonly known as “hay fever” or “allergic rhinitis”– a respiratory infection caused by spring pollen that is released into the air as trees and plants start to bloom. The most common symptoms include a a runny nose, sneezing, coughing, and itchy or watery eyes. Some people experience wheezing, and, in more severe cases, full-blown bronchial asthma attacks; children are especially prone to those.

The biological mechanism behind spring allergies is simple: allergies like pollen enter one’s airways, which causes blood cells to process them as antigens, and to produce antibodies. When the antigens and the antibodies come in contact with each other, so-called chemical and hormonal “mediators” are released. One such mediator is called histamine, and it is primarily responsible for the hay fever symptoms.

Non-medical prevention and lifestyle modifications can help minimize the effects of hay fever. It is possible to keep track of the pollen count, which is the measurement of the number of grains of pollen per cubic meter of air as Regional pollen count forecasts are available through several different websites, and sometimes announced on local news. 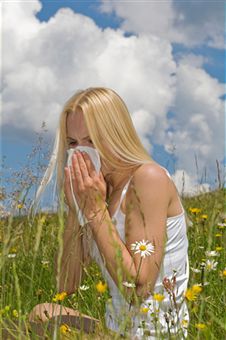 On the days with a high pollen count, it may help to cover one’s mouth and nose with a medical mask while outside, to avoid inhaling the pollen in the air. It is wise to keep the windows closed, and to frequently wipe down windowsills with a wet cloth. In general, pollen count tends to be lower immediately after a rain, as clears the air of pollen.

It is also helpful to wash one’s face after being outside, to remove the pollen from the skin. However, prevention can only help so much. Fortunately, there is a range of treatments available for hay fever. Over-the-counter pharmaceutical offerings, medical interventions, and traditional and home remedies are outlined below.

The common medications for hay fever are usually referred to as antihistamines, because they work by preventing the histamine produced in the body in reaction to the allergens from inducing the unpleasant symptoms. Antihistamines usually help with sneezing, a runny nose, and itching eyes.

Antihistamines usually come in two types: the ones that may cause drowsiness, such as Piriton or Phenegran, or the ones that do not cause drowsiness, such as Benadryl, Clarity, and Allegra-D. Of course, individual reactions to medications may vary, and some people may feel run down and tired even while taking the medications that are labeled as non-drowsy; others have little to none side effects from any antihistamines.

The most common side effects besides drowsiness include headache, constipation, blurred vision, dry mouth, and dizziness. People who suffer from glaucoma, enlarged prostate, and kidney or liver problems should consult their doctors before taking antihistamines, as their side effects can worsen these conditions.

Many antihistamines are available over the counter, but some require a prescriptionuch as Fexofenadine (sometimes sold as Allegra, Tilfur, Telfast, and Fastofen). Some of these pills have to be taken several times a day; others work on an extended release schedule, providing relief for 24 hours after ingestion. The over-the-counter antihistamines vary in prices; generic alternatives to brand names are usually available, so this course of hay fever management does not have to be too costly. Prices on prescription antihistamines depend on one’s insurance plan or participation in pharmaceutical discount programs.

In addition to the pills described above, antihistamines come in the form of nasal sprays, such as the prescription-only Rhinolast. Such sprays are used for fast relief and prevention of nasal symptoms, but does not affect other common hay fever symptoms like itchy or watering eyes. Also available with a prescription are the nasal corticosteroids, such as Beconase and Flonase.

These nasal steroids relieve inflammation in the sinuses, and work well on all nasal symptoms, including sinus blockage. For best effects these sprays have to be used regularly, and in a preventive fashion. Ideally, their administration starts several weeks before the start of the spring allergies season. For young children, whose parents may be reluctant to give them steroids, another alternative is nasal sprays made with Sodium Cromoglicate, such as Rynacrom.

Over-the-counter nasal decongestant sprays, such as Otrivine and Afrin are also sometimes used by hay fever sufferers, but they should not be used for more than a few days in a row, as they can use “rebound congestion” with long-term use.

For allergy sufferers whose eye problems are not sufficiently relieved by general antihistamine pills, antihistamine eye drops can help. Otrivine Antistin is available over the counter, and Relestat, Zaditen, Opatanol, and other similar eye drops are available with a prescription. They provide fast relief from itchy, red eyes.

People who develop bronchial asthma associated with spring allergies may need to use inhalers like Albuterol (Salbutamol). Albuterol and other similar medications are bronchiodilaters that relieve bronchial spasms as they occur.

Immunotherapy is an effective way to alleviate hay fever, and may be a good option to explore for people who do not find adequate relief with other treatment options. Immunotherapy consists of being given doses of an allergen to which one is allergic over a period of time—in case of hay fever, the allergen is pollen.

Traditionally immunotherapy is done through a course of injections that are designed to gradually desensitize one’s body to the trigger pollens. This therapy is long-term—it may last for several years. The injections are given weekly at first, then administered once every two weeks, and over time continue to be spaced further and further apart, building up to a cycle of one injection every six weeks, with a gradual increase of the allergen introduced into the body.

Over time the body adjusts to the allergen, and stops treating it as a threat to the immune system. This leads to the alleviation of histamine production, and the elimination of hay fever symptoms.

Side effects include local reactions at injection sites on some of the patients (including redness, hives, and itching), and, rarely, systemic reactions that may include sneezing, hives, asthma, or even anaphylactic shock. As immunotherapy is a medical procedure done in a clinical setting, its costs may vary depending on one’s health insurance and doctor-set rates.

Recently a new form of immunotherapy for hay fever has emerged: Grazax is a grass pollen vaccine in tablet form, that has been shown to significantly improve hay fever symptoms and reduce the need for medication in allergy sufferers. It is already commercially available in Europe, but is not yet on the market in the United States, where it is still undergoing clinical trials. No serious side effects have been observed with Grazax, although some people using it experienced itching in their mouths.

There is a lot of folk and home remedies for relieving the symptoms of spring allergies. Some of the most common ones include fenugreek tea, butterbar, and a diet heavy in carotenoids (found in orange and green vegetables, like collard greens, pumpkin, carrots, and apricots), omega-3 fatty acids (available in fish oil and flaxseed oil), and quercetin (a natural antihistamine found in red grapes, red onions, and black tea). 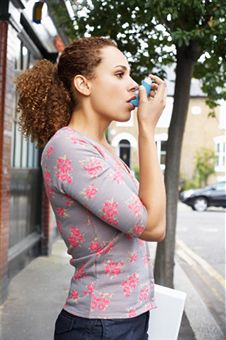 A home version of immunotherapy for hay fever involves eating local honey. Because it contains the same pollens as the ones that trigger one’s allergic reaction, eating or drinking honey regularly can help desensitize one’s organism to these pollens.

Because hay fever symptoms are produced by responses of the immune system to allergens are in and of themselves harmless, naturopathic doctors, who practice a holistic approach treat hay fever primarily as an immune system disorder, as well as weak adrenal and digestive functions.

Natural treatments are designed to support and strengthen these functions in order to treat the roots of the hay fever problem. In terms of symptom relief, common herbal treatments include stinging nettles, gingko, and milk thistle.

Standard homeopathic remedies prescribed for hay fever symptoms include Allium cepa, Eophrasia, Natrum muriaticum, Nux vomica, and Wyethia. These naturopathic courses of treatment are usually augmented with a restricted diet, from which dairy and wheat products, and other allergy-triggering and mucous-producing foods are eliminated.

As with all herbal and natural supplements it is important to be aware of the potential interactions between naturopathic medicines and other medicines one may be taking, and to make sure they are appropriate for people with underlying health problems, and pregnant and nursing women.

Chiropractic medicine views hay fever as a problem stemming from subluxations—misalignments of spinal vertebrae which can be caused by physical, emotional, or environmental stresses, and which can affect all body systems. Chiropractors offer alternative treatment designed to balance body chemistry and heal the immune system, thus healing hay fever by addressing the underlying causes.

Traditional Chinese Medicine is another holistic field of diagnostic and treatment. According to its practitioners, the causes of illness can be traced to a external “pernicious influences” (wind, cold, heat, dryness, dampness, summer heat) and internal emotions (anger, joy, sadness, fear, shock, and pensiveness).

In a healthy bodies these energies and elements are balanced, but in a sick body one or more elements are out of balance. Hay Fever is considered to be primarily a “wind” illness. For Chinese medicine practitioners there are two main goals in hay fever treatment: strengthening the immune system to reduce its hypersensitivity to environmental agents like pollen, and clearing wind to address the symptoms.

Acupuncture is a Chinese Medicine technique that is commonly used as an alternative treatment for hay fever and associated bronchial asthma.

Acupuncture involves penetrating the skin with thin needles in specific places on the body for pain relief or immune system support. From the Chinese Medicine perspective acupuncture balances the flow of energy (known as qi) within the body to ensure good health; from the perspective of Western medicine acupuncture works by stimulating the central nervous system in therapeutic ways.

Hay fever sufferers may need acupuncture for varying lengths of time, but 6-8 sessions is a common course of treatment. Acupuncture may be alternated or replaced with moxibustion, which involves a small cone of moxa (mugwort) being placed directly on top of or held over the acupuncture points and burned.

Finally, a natural way to treat bronchial asthma associated with hay fever in Russia is the so-called Buteyko Breathing Method, that is becoming gradually better known in the West as well. The Buteyko Breathing Method focuses on breath control, and shallow, nasal breathing, designed to slow down breathing and reduce the volume of oxygen intake. Reduced breathing has been demonstrated to alleviate asthma attacks when they occur by retraining the body to comfortably manage the breathlessness that results from a bronchial spasm.

The home remedies described in this article are usually cheap and easy to administer. Naturopathic courses of treatment with certified practitioners may be expensive; some health insurances cover alternative medicine, while others do not. Pranayama and Buteyko breathing methods can be practiced at home, alone or in a group, at no cost; that is also the case for dietary modifications suggested by holistic practitioners.